Today was APPA day (Australian Professional Photographer Awards). Quite excitingly I somehow managed to score one of the highest scoring prints for the day in the landscape category! The image below scored 95 out of 100 receiving a relatively rare Gold-with-Distinction award. Exciting much? Sure is!

For those interested I shot the image in a single capture early in the year at Hollow Mountain in the Northern Grampians just 5 days before bushfire razed most of the forest in the foreground. The shoot location still remains closed today due to the damage caused. The image was converted from colour to a toned black and white, the aspect ratio was changed to square and contrast was selectively applied to bring some extra punch to the final result. 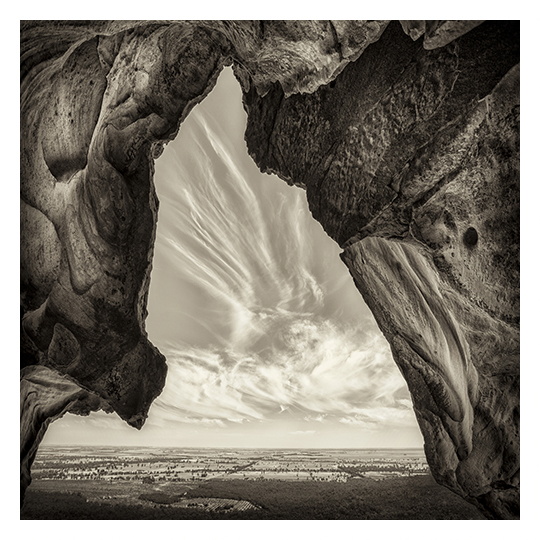 Sure is empty down here...